Suburban Floral Association (Monique Redmond and Tanya Eccleston) THE FLORAL SHOW LOCAL EXOTIC at Fresh Gallery Otara Miss Red & Tanya are an extreme duo of arty goodness and I am very thankful to have been invited by them to be a part of this show. From the beginning our meetings were list ticking and productive – not so much from my end, but theirs. I can’t tell you how nice it is to work with artists who are ambitious and highly organised – it’s awesome. I have a lot of respect for them, their work and the strong commitment made in developing an exciting public programme.

Pre-rant… I guess for a few months I became quite worried about what my contribution to the show was going to be. I don’t often collaborate with other artists – mainly because I tend to make work in fairly random or unplanned ways – especially when charged with formulating a documentary / video component. There was a list of potential people to approach for interviews, but in my heart I didn’t quite feel it was going to work. I did make some formal attempts and in the end it proved to be the case. What did work eventually (in the nick of time) was a beautiful and organic situation involving a friend, a stranger, an artist and flowers. WEDNESDAY MAY 14 I’d been harassing my friend Caterina via email to come see a show at Papakura Art Gallery (A sense of place). Actually, I won’t take the credit – she did initially ask if I was going to the opening but I had to work. Equal effort. I wanted to support the artists and curators Ioana Gordon-Smith and Talia Smith before going away to Noumea. Another person I hoped to see was Louisa Afoa, a local artist working at the gallery. That morning I was running late. I was feeling annoyed because I was supposed to stop at my local shop for flowers to take to Louisa. Being late was the best thing that could have ever happened, now thinking about it. Stopping on K Rd yellow lines, I could see Caterina on the opposite corner looking in three directions, so I honked the horn two times and she zipped over. I had to turn down Keith Sweat’s Twisted before she got in the car and I immediately noticed her fancy hair. On the way to Papakura I remembered a certain flower shop on a corner intersection and we stopped. It was a wet morning and there were some nice puddles on the ground. I like puddles. Caterina was almost in the shop but I ran back to get my camera from the car. Two seconds after this picture was taken, Caterina was pulling a sticker off the back leg of my new jeans – jeans I had worn day before!

Entering the store, it hadn’t occurred to me that I was about to meet the person I would interview for the Local Exotic show. To be honest, my knowledge of flowers is pretty limited so I trusted Caterina to pick the bunch we needed. I figured as a curator, she would be good at that sort of thing and from previous experience in working with her, I always admired the way she’d confidently point and say: Yes, this is good or NO! (in Italian accent). Senior Florist, Buchanan, was at the fresh flower counter talking up a storm. He was so unexpected – a character full of morning light and good conversation from the moment we were greeted. During our visit, other customers would pop into the store and on autopilot, he would kindly shift his attention to welcome visitors whilst in mid-conversation with us. I liked that a lot and imagined this activity naturally unfolding on camera. I’m not sure what Caterina’s thoughts were on the situation – I was a bit embarrassed that she was there to witness my direct enthusiasm, but from the get go I knew I needed to talk to this man again. Leaving the store with flowers in hand, we headed to the gallery. Walking through the door I could see Louisa and that beautiful smile in the office window. She took us through the exhibition and spoke confidently about each work, including the experiences of organising shows – it was really lovely. This time last year I was fortunate enough to spend some time with Louisa in Christchurch. She was there with Lana Lopesi, another clever young artist and budding writer. Louisa and Lana were down on a field trip / writing mission to cover my solo show at the Physics Room. One particular memory that stands out for me was on a night where I met the ladies for dinner. Unfortunately it was quite cold and everything was either shut or damaged by the earthquake. I sent them back home after an aimless walkabout and continued the journey by bicycle to find food to bring back. Unfortunately, the only thing open was a string of takeaway options on Moorehouse and I ended up at Burger King. Cycling back and trying to balance three combo’s with soft drinks dangling from each handle bar was quite an effort. I can still remember the feeling of brisk wind hitting my face (with runny nose) speeding through the night. We sat in YMCA room, watched a DIY building show, talked about art and ate the Burger King.

After Papakura Gallery, Caterina and I got a coffee down the road. What I liked about the cafe was it’s distinctively confused decor situation in it’s menagerie of random books, objects and signage. I couldn’t quite pick the identity but enjoyed a chess-like board game with hand-carved cats. The brick work in room two almost looked fake, like layers of cake and thick icing. I thought I could maybe destroy it with a single punch. We saw a Britannica set on the shelf and it reminded me of being young and the set my parents had at home. The original internet. We only had half the set (volumes A-N) so if I had to write about Palestine, I was screwed, which meant I spent a bit of time at the library. I often think about this when teaching students and watching them Google with Macbook’s almost immediately after mentioning things. I enjoyed the tangible and limited resources that forced me to participate at a slower pace back then, having my face so close to pictures of paintings in books that the sense of smell became a complete part of the learning experience. I wonder if the younger generation are at a loss? Information intake and flow is so much faster these days and the time to stop and pause is fading it seems, but maybe I’m just getting old. I dropped Caterina back to the city after our flower shop, gallery visit and coffee chit chat. She was coming to the end of her stay in New Zealand and although I didn’t get as many chances to hang out socially (outside of a working context) I really liked being with her. I find it hard to make friends in the art world because I worry that relationships might not be friendships – and that’s difficult because you spend so much time operating in that world. The cross-overs and boundaries between colleague and friend are tricky to navigate in many situations. It often seems like it’s a game of networking and alliances and I hate all of that competitive behavior. One of the reasons I left The Facebook. However, this little mission provided an opportunity to say good-bye to someone I do consider to be a friend and in a funny way, she is also a part of this work. I had another meeting scheduled in less than an hour. I planned to use that time to read some things in the car, but noticed a break in the rain and went for a walk instead. I’ve been taking photo’s everyday. People always ask: What are you working on? and by that they mean, what exhibition or what gallery? but they don’t realise, you only see 5% of what I’m doing in those spaces. I draw everyday like an alien, wherever I go. 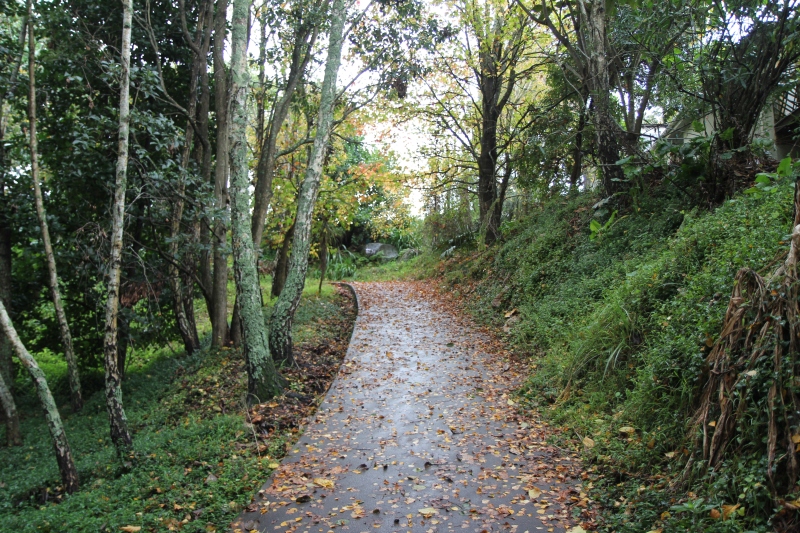 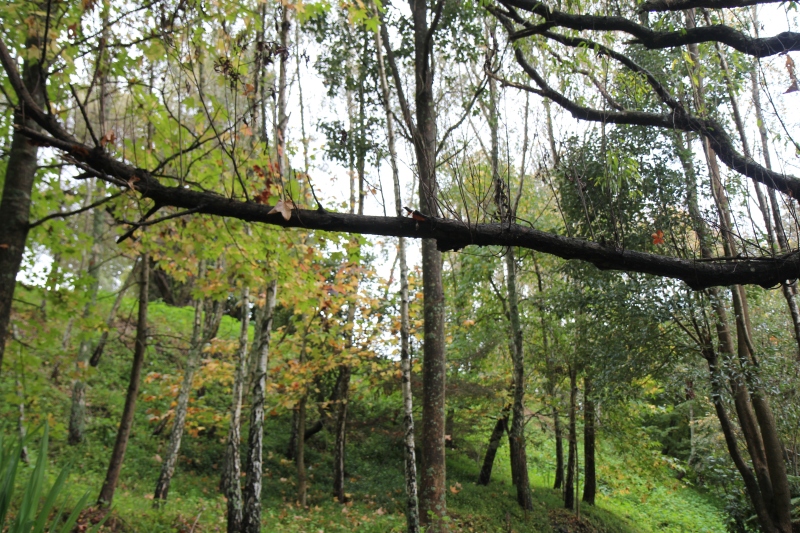 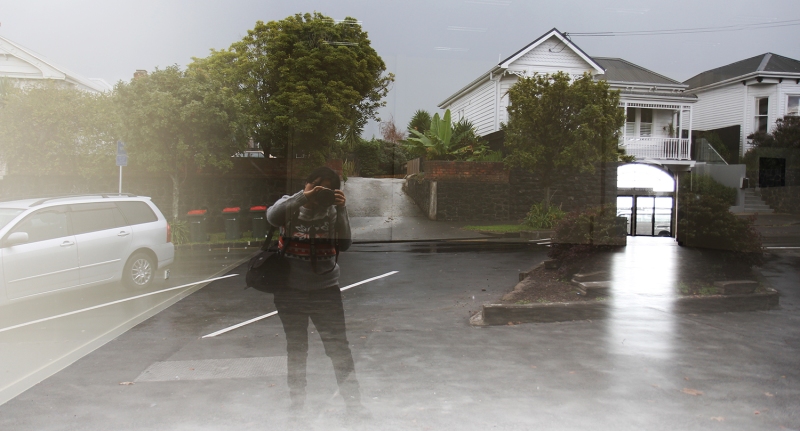 FRIDAY MAY 16 I drove to Papakura from west side in the afternoon traffic to see Buchanan but unfortunately I’d just missed him. Actually, I could have seen him. I stopped at the local petrol station because I lost my confidence and needed time to think. I always feel better at a petrol station because I used to work in one for five years as an art student. Taught me just as much as University did. Something that people might not realise is that it does take a bit of courage to do random things like this. In the last ten years I have video interviewed and photographed many people, but no matter how many times I do this, it is always a challenge. Approaching a stranger to ask for their time, conversation on camera, trying to explain my independent art practice, communicating that I don’t make money from it and wish to potentially share them in a public / gallery context (and not TV) is actually very difficult. I take it very seriously and also the responsibility in representation that that comes with it. Something that experience has taught me is that the real work is behind the scenes and not so much in final presentations. In this case it almost acts as evidence of an interaction, and I will never fully capture all the magic that occurs off camera. I feel so fortunate to have had so many trusted interactions with people in this context and Buchanan was definitely a very generous and open minded man to work with. Fortunately, he was just as comfortable and magic on camera. 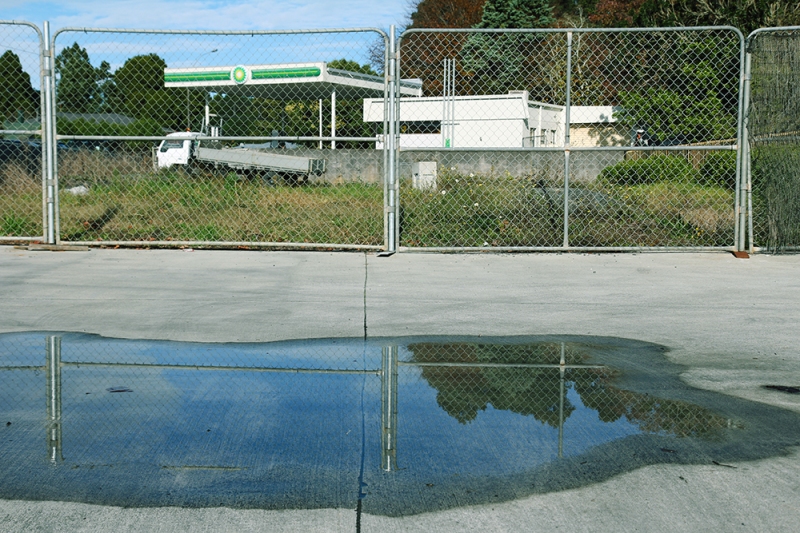 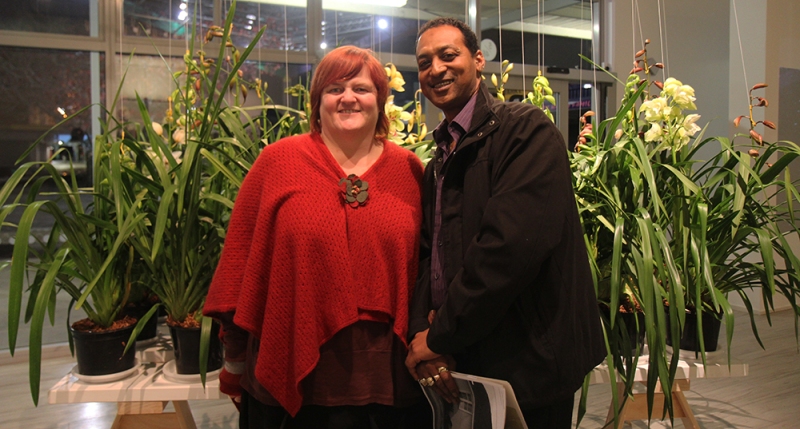