The Rosebank project begins with the premise that through a better knowledge of place, communities grow and that culture is the mechanism by which this occurs. The project is centered in the industrial precinct and suburban area of Rosebank Rd in Auckland, New Zealand, built over an estuarine peninsula of significant ecological worth and geological interest; the site of the oldest market gardens in Auckland. In the western reaches of the upper Waitemata Harbour, Rosebank Peninsula has the Whau river on its western side, Pollen Island and Motu Manawa Marine Reserve at the northern end and Avondale Racecourse and Jockey Club at its southern end. There is a Primary, Intermediate and High School on or near Rosebank Rd and it has a business district with over 400 companies involved in service industries and light manufacturing from industrial ceramics, German Sour Dough Bread and kayaks.

This project was organised and curated by Marcus Williams.

Foreman Bryan lives and works at Pacific Stainless Steel 2000 – located in the industrial part of Rosebank Road. After knock-off, he enjoys jamming on the guitar and drums – mostly to classic rock tunes after a hard days work. Favourite bands include Metallica and Led Zepplin, but of course there are too many other greats to mention when put on the spot. On this particular occasion, brother-in-law Shannon turns up with an electric guitar randomly. The two haven’t played together for over a year, but underneath the twang, broken mic and acoustics of the wharenui-like structure, it is evident that good time is had over a lazy jam and cold beer. 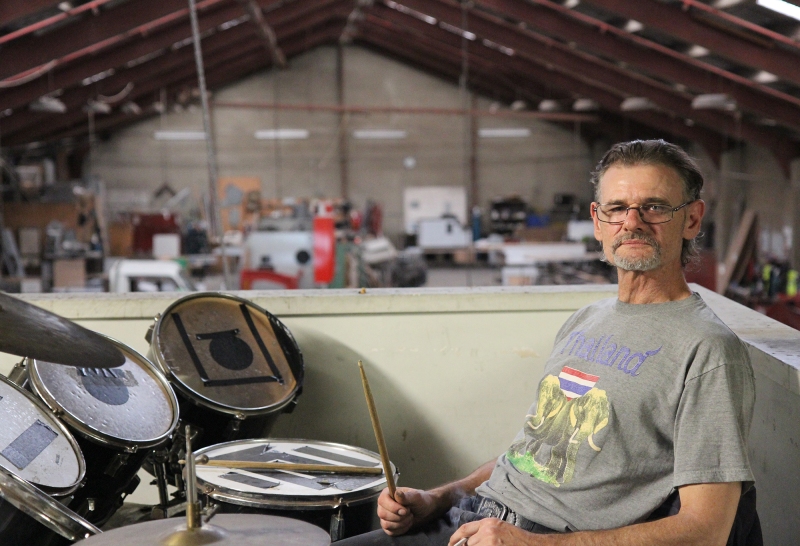 Factory Jam was originally going to be played on a giant screen using Monstavision equipment for the artwalk weekend. Unfortunately, that plan fell through days before the artwalk and I was relocated to a very interesting spot at the Woodcroft Industires building.

The owner of the building – Ken (a lovely and kind man) allowed me to use the entrance/ loading area to install work in. He pointed out potential osh issues, gate code instructions, access to electricity and wished me luck. All of this happened in the space of 15 minutes.

Saturday morning I was immediately asked for I.D by a neighboring factory man and was told that my presence was ‘very suspicious’. Not even a ‘Hello’ first. Surely at my height of 5 feet with a high-visibility vest could I impose such a threat to the area? later that afternoon I was paid a visit from an elderly man in a gold car who demanded an explanation for being there. He told me he owned the factory and when I kindly explained myself he shot off without saying goodbye.

Of course, this is what you would expect in a context like this – it is not a gallery but an industrial work place. Apparently very expensive things had gone missing in the past, so I was aware that I needed to keep a look out for truckie thugs who steal steel.

For the Installation I decided to keep it minimal and play the video on my trustiest and tiniest 14″ TV screen, outputting the sound via guitar amp – one I picked up from the pawn store in Avondale. I thought it was slightly amusing – from the original plan of a gigantic screen but in the end I was very happy with the result. The sound, cranked up resonated well in the space and the small Image created more of an intimate interaction – which had been picked up on by many visitors over the weekend.

Overall, there must have been at least a couple of hundred people who made it down to see Factory Jam. I never seen so many bikes, prams, walkers and dogs at an exhibition. It was lovely. The weather was fantastic and the buzz of the road was evident – I saw many on the road with maps and backpacks looking for art like it was hidden treasure!

I guess my favourite thing was knowing that a large portion of the audience were local cats and not just family, friends and colleagues. Not that the familiar presence is worth less! but nice to know that the community was out and about too – which of course is what an artwalk should do in a community – engage.

The icing on the cake was being a part of an art project that was situated where I live.

The only downfall was not being able to skip away to check out the other art works! 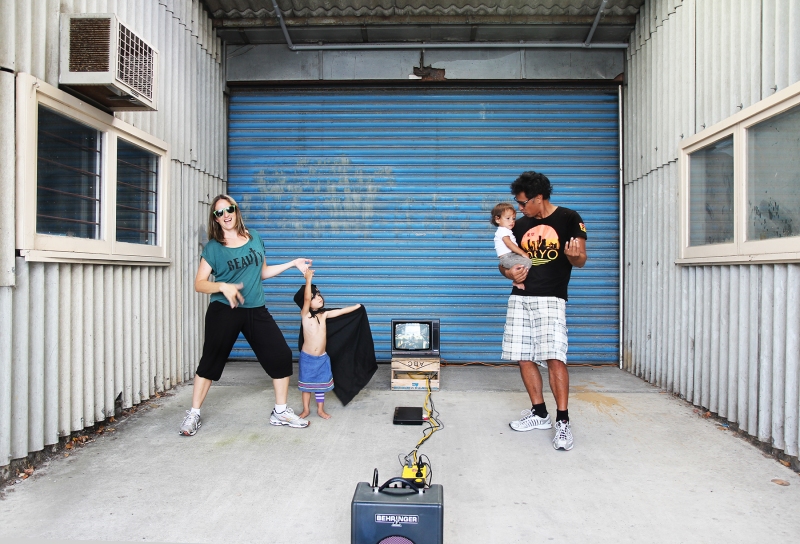 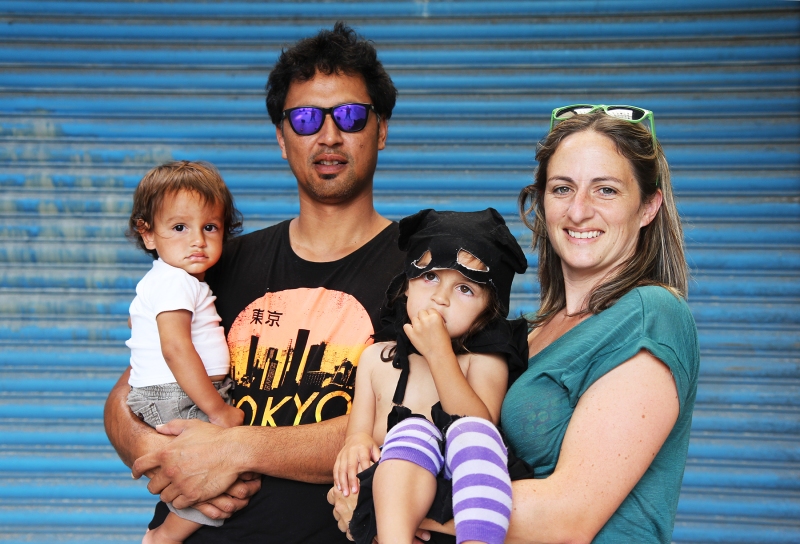